Audio clip: Adobe Flash Player (version 9 or above) is required to play this audio clip. Download the latest version here. You also need to have JavaScript enabled in your browser.

In these times, the only untainted companion left is a cup of clear wine and a book of ghazals.
-Hafiz

Inserted photo as a test for this blog post. 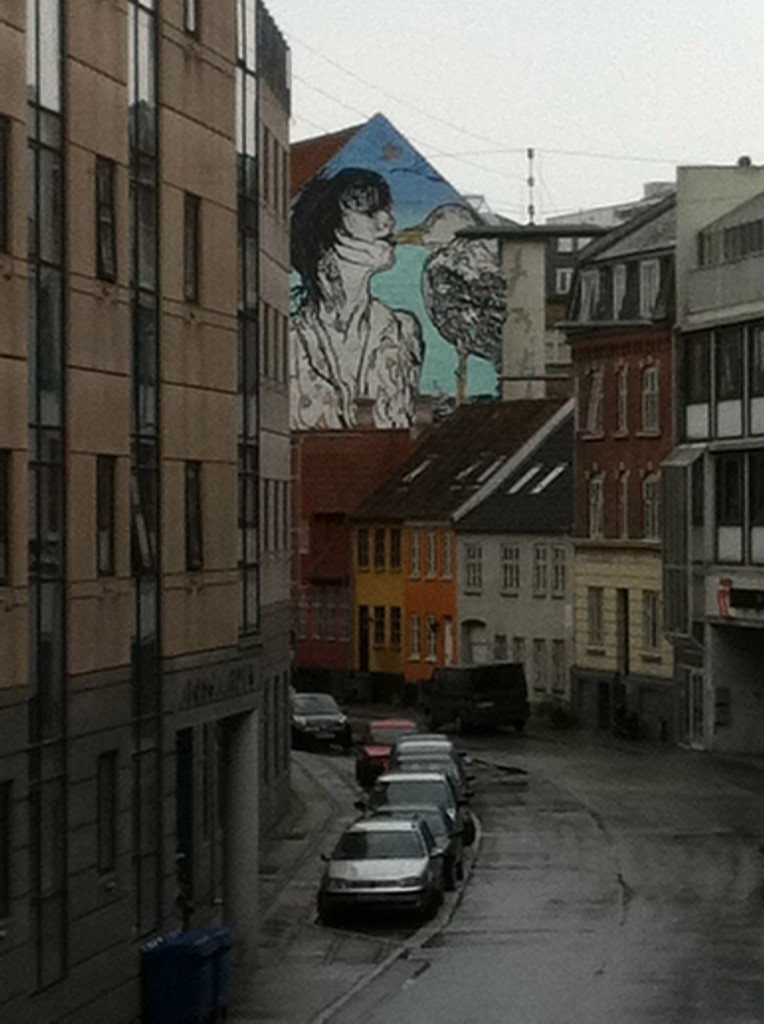 Thanks to all those who came out for the screening Feb. 25 at the Islamic Cultural Center of Northern California! Over 100 people attended this special evening. Thanks to Robert Abdul Hayy Darr for his insight into the work of Hafiz. And thanks to Paul Rubenstein for playing his latest musical invention in tandem with Bouchaib Abdelhadi.

On February 25, 2012, the Islamic Cultural Center of Northern California (ICCNC) in Oakland will host a screening of the video series Travels with H: Hafiz in a New World. Award-winning Oakland filmmaker Raeshma Razvi will screen and present her project. Joining her will be translator and author Robert Darr reading his original translations, and composer and musical instrument inventor Paul Rubenstein performing original music. This evening of poetry, film and music will celebrate the creative process of translating Hafiz across languages, cultures and media.

Travels with H is inspired by and linked together by the poetry of Hafiz, a 14th century scholar, Sufi mystic, and poet who lived in Shiraz in the Persian Empire, now Iran. Hafiz continues to this day to be extremely popular in Iran, and influential in much of the Muslim world. Based on research, interviews, and her own artistic interpretations of Hafiz’s poems, Raeshma has crafted ‘video postcards’ that take both documentary and fictional forms. She says that she “uses Hafiz’s poems as a lens through which to see aspects of contemporary life and landscapes, with an emphasis on themes such as daily work and spiritual longing, home and exile, seeking and transformation, and beauty and its diverse manifestations. In these films I wonder about how the questions Hafiz asked in his poems peek out –all these years later and distance away—into our everyday lives. What emerges is a kind of poetic travelogue through the ‘west’ with some verses from the ‘east.’”

A Creative Work Fund grant enabled this project between Raeshma Razvi and ICCNC. The Creative Work Fund is competitively granted to artists and organizations in the Bay area for collaborations leading to new art works, and is a program of the Walter and Elise Haas Fund, also supported by The William and Flora Hewlett Foundation and The James Irvine Foundation.

ICCNC is a pioneer in the Bay area in presenting new works of arts and culture by or about Muslims, and is a place where various ideas and thoughts about religion and culture are discussed and debated. ICCNC was featured in a New York Times article published in December 2010 as one of the emerging Muslim arts communities in the Bay area.

Silkworm Media is a sponsored project of Fractured Atlas, a non-profit arts service organization. Contributions on behalf of Silkworm Media are tax-deductible to the extent permitted by law.

Spring is here…are you experiencing storms or sun? Are you retreating (like we are, into a cozy cabin) or surging outside and awakening to the new season? If you are experiencing anything like we are, you are bouncing back and forth between one and the other, as the new season enters, it plays leapfrog, with sun one day and rain the next.
There’s something in this Spring of 2010 that serves as a metaphor for being at the growing stages of Silkworm…

“The Hafiz project” is a collaboration between filmmaker Raeshma Razvi and the Islamic Cultural Center of Northern California (ICCNC) that features the creation of short films and a multi-media website based on the literary and philosophical legacy of world-renowned mystic Iranian poet, Hafiz. Themes within Hafiz’s poetry and life will provide a lens through which the artist and participants creatively examine the heritage, journeys and imaginations of Bay-area Muslims. These themes include home/exile, individual/community, orthodoxy/heterodoxy, and tradition/translation.

… Youth film crew travels to Shasta, CA to screen their films, work with a professional filmmaker, stay with local families, and otherwise learn the history of this small town and its unique African-American population